The Maritime Museum "Sergej Mašera" Piran holds and constantly supplements a very rich collection of naval uniforms. It incorporates the uniforms used in the Eastern Adriatic from the period of the Austro-Hungarian Empire to the early 21st century. They follow the tradition of blue and white uniforms that spread in those times all over Europe and the world. The various details and symbols on the uniforms, however, accentuate various differences between the Navies and commercial navies, while regulatory changes speak of the time when used.
The uniforms from the Maritime Museum's collection were worn to a great extent by Slovenian mariners or, to be more precise, the mariners from the Slovenian ethnic area. It contains smaller or larger pieces and parts of uniforms for different occasions. Some of the mariners were the owners of the several preserved complete winter and summer uniforms for different occasions, while others owned only the exhibited hats, epaulettes, sabres, daggers or just navy markings. Considering that uniforms were, owing to the great significance of the markings, most widespread and diverse in the Navies, in which most of the men from the Slovenian ethnic territory were serving, the majority of the uniforms in the museum collection are those from the Navies. The richest among them are the uniforms from the Navy of the Kingdom of Yugoslavia and the Navy of the Socialist Yugoslavia. Quite few of them were also worn in the Austro-Hungarian Navy, the Navy of the Republic of Slovenia and in the Navy of the Kingdom of Italy. They belonged to mariners of different ranks and professions. But as the Maritime Museum acquired them from mariners and their heirs, the collection contains predominantly officers' uniforms. These men were the actual owners of their uniforms, and since they often had to buy them by themselves, they of course also kept them after leaving the Navy.
In the merchant navies, hierarchy was not as strict as in the Army, and the markings were thus lesser importance as well. Uniforms were more common on passenger ships, while seafarers on merchant ships did not usually wear them at all. They seldom wore just individual pieces of the prescribed uniforms. In spite of it, the collection is fairly rich with uniforms worn by officers serving in the merchant navy of the Socialist Yugoslavia, particularly in the Slovenian Splošna Plovba Shipping Company and in port services. Some uniforms also belonged to the mariners of the Austro-Hungarian merchant navy, merchant navies of the Kingdom of Yugoslavia and the Kingdom of Italy, and of some foreign navies. From the period of World War II, uniforms worn by members of the Navy and other units of the Yugoslav National Liberation Army and Allied forces have also been preserved.
Uniforms are significant not only for the fact that the development of uniforming can be followed with their aid. They tell us much about separate navies and their development and even more about the mariners that wore them. Uniforms are their ID's, so to speak. They speak of their roles in different navies, and thanks to them we can follow their education, promotion and places where they served. 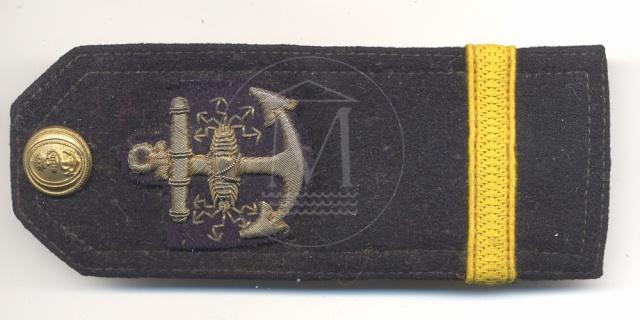 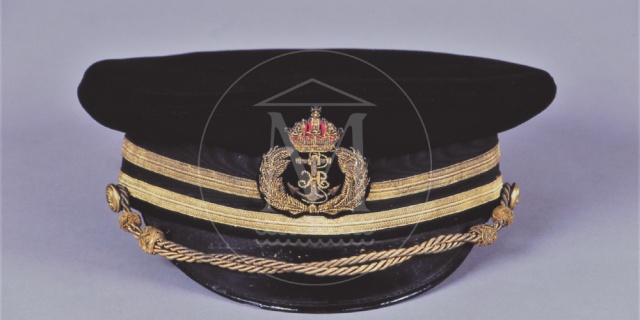 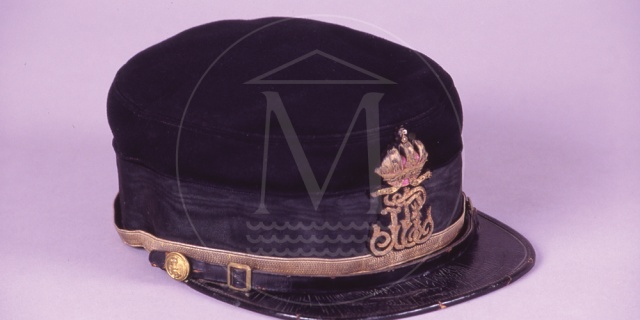 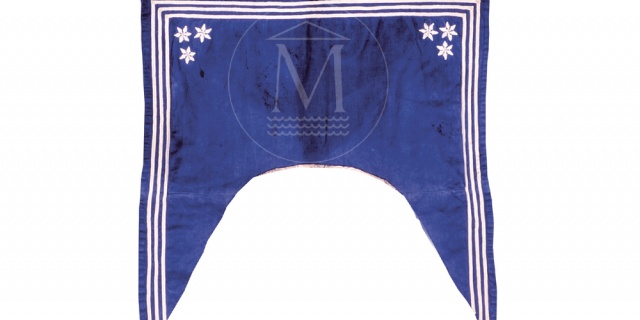 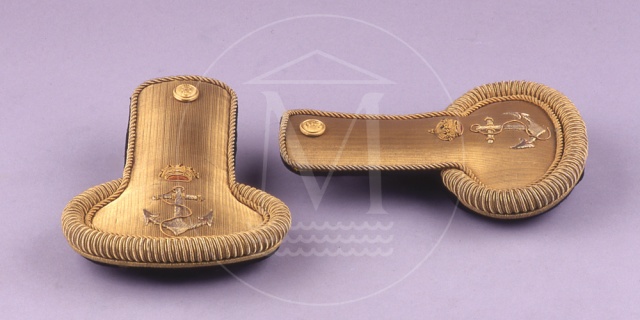 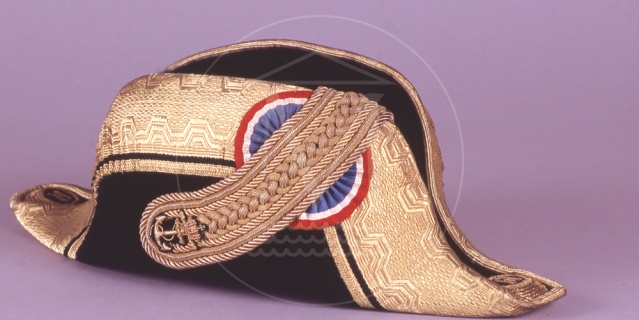 Kingdom of Yugoslavia: Two-horned Hat of a Senior Officer 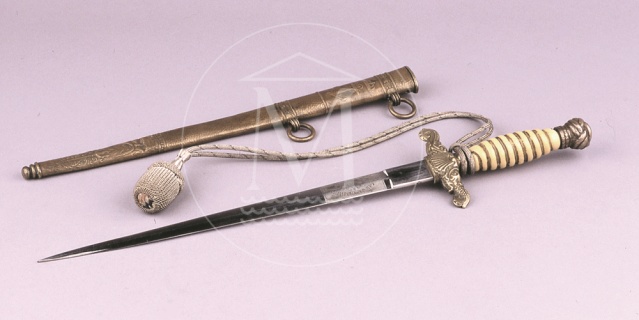 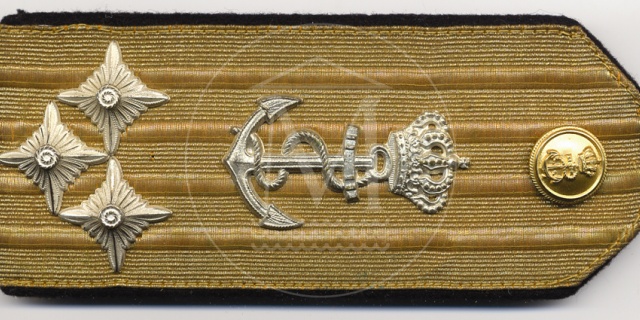