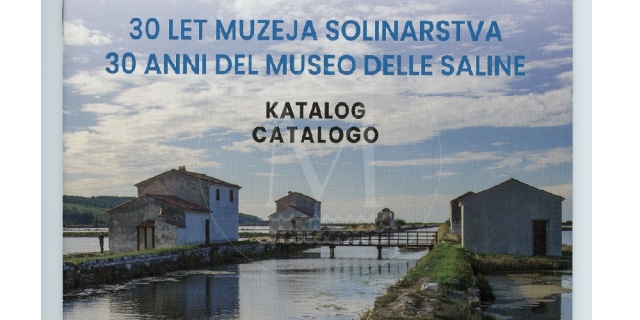 30 years of the salt making Museum Veronika Bjelica, Flavio Bonin and Matjaž Kljun
The Museum of the Sea "Sergej Mašera" Piran is committed to presenting and preserving the medieval salt making activity in collaboration with former salt workers, students and other external collaborators and volunteers, who have contributed to the conservation of the national, European and world cultural heritage that affected the growth and development of the cities ​​of the Riviera and shaped a specific way of life for the local population.

Slovenian ships - 6 ships Duška Žitko
This catalog presents the rich material and knowledge that the author Duška Žitko has collected for the exhibition SLOVENIAN SHIPS, 6 Ships of Splošna plovba.

The exhibition was created in collaboration of the Museum of the sea Sergej Mašera Piran with Pošta Slovenije, Splošna plovba, seamen and philatelists, and in the future expected to be touring nationally and intenationally, evokes - with its particularly aesthetic installation - memories of "better times". Times which were undoubtedly better, one could say almost heroic, for the Slovenian navy with Splošna plovba at it's forefront.

The reflection, proposed by this catalogue, on the sad fate which has befalen Slovenia's maritime greatness in the context of the former Yugoslav state, is not nostalgic, but rather an inevitably critical contribution to historical memory. 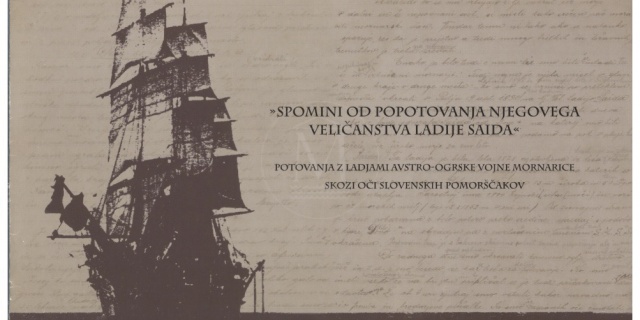 Nadja Terčon Koper Naval Detachment (KND)
At the end of 2012, a "display case of the month" was set up in the Maritime Museum "Sergej Mašera" Piran on the Koper Naval Detachment and a roundtable held on the subject. Furthermore, a publication carrying the same name was published on this occasion. 15 October 1944 is considered the official date of KND founding in the village of Lopar. In memory of this event, the Municipality of Piran celebrates its municipal holiday on 15 October, where the Slovene Community of Partisan Seamen is also functioning within the framework of the Alliance of Combatants for the values of the People's Liberation War. 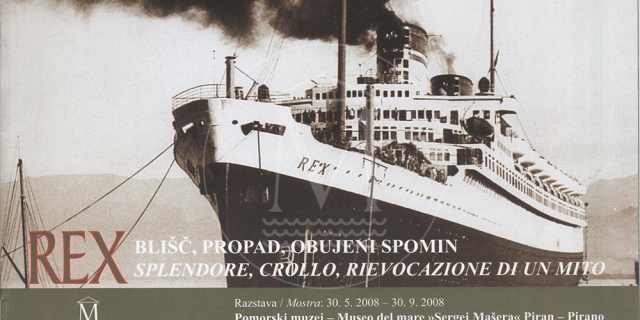 Nadja Terčon, Bogdana Marinac, Snježana Karinja Rex – splendour, ruin, awakened memories
During the exhibition carrying the same name, a small publication was published, describing the fate of the celebrated transoceanic passenger ship Rex, which was bombed and destroyed off the coast between Izola and Koper on 8 September 1944, on the very first anniversary of Italy's capitulation. The Rex was an object of national pride of Fascist Italy and was stranded there under the German flag, which was the reason why it was targeted by the victorious armies. On 5 September 1944 it was towed from the Port of Trieste, but  then stranded (intentionally or unintentionally) in the shallows between Izola and Koper. 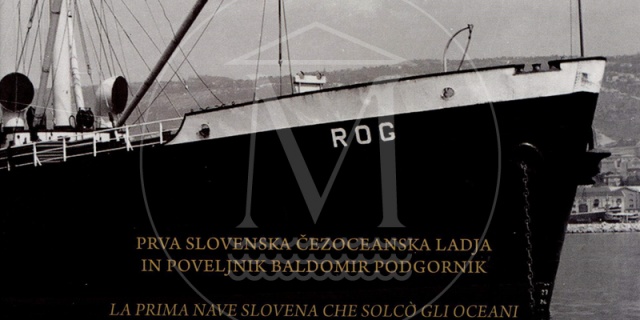 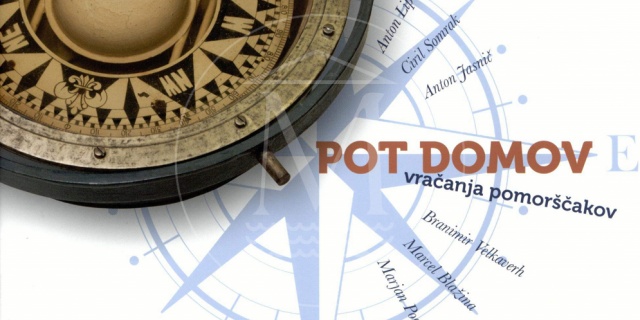 Bogdana Marinac Journey Home, The Returning Seafarers Published by: Maritime Museum Sergej Mašera Piran, 2015
The publication titled Journey Home, The Returning Seafarers is a catalogue issued for the exhibition on personal stories of seafarers who during the wars found themselves, for different reasons, intentionally or unintentionally, in foreign countries, far from home, and their journeys home. It speaks about the impact of historical events on the life of every individual. Although departures and returns were something completely usual as far as seafarers were concerned, the wars strongly marked their destinies and made their usual returns impossible. In the countries they had been sent to these men fought or found themselves in captivity. During their prolonged return, however, the conditions changed at home, too, where there was no more place for some of them. The catalogue presents six Navy and merchant navy mariners on their way home after World Wars I and II and after the breakup of Yugoslavia.
Flavio Bonin Salt paths
The catalog Salt paths, by author Flavio ​​Bonin, presents in detail the necessary conditions and technical side of salt production, as well as the history of salt pans and salt production in the central and northern Adriatic, as well as in Slovenian Istria. 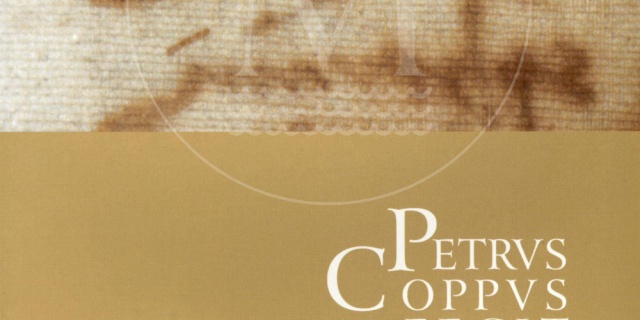