During the exhibition carrying the same name, a small publication was published, describing the fate of the celebrated transoceanic passenger ship Rex, which was bombed and destroyed off the coast between Izola and Koper on 8 September 1944, on the very first anniversary of Italy's capitulation. The Rex was an object of national pride of Fascist Italy and was stranded there under the German flag, which was the reason why it was targeted by the victorious armies. On 5 September 1944 it was towed from the Port of Trieste, but  then stranded (intentionally or unintentionally) in the shallows between Izola and Koper. Three days later, on the very first anniversary of Italian surrender, the Rex, which was at that time without its crew, was attacked by a squadron of six British Beaufighters and two fighter planes.

At the exhibition and in the publication, the ship's three-layered story was presented:  her splendour and fame, ruin and awakened memories. 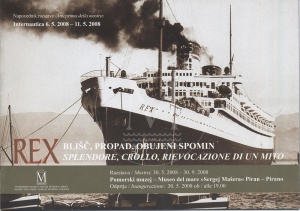 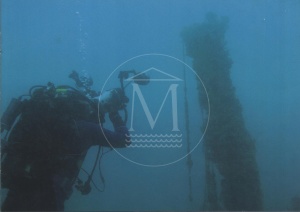 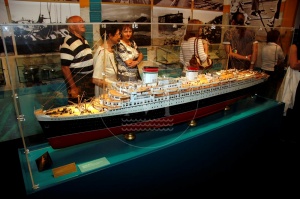