Iz-solana, the House of the Sea

Iz-solana, the House of the Sea, presents the history of Izola with its permanent museum set-up. Via documentary photos and museum exhibits it emphasizes the town's marine and littoral character, particularly fisheries and fish-processing industry as its main branches of economy.

Until the mid-20th century, fishing was carried out with the aid of wooden ship, which were built and repaired in local shipyards. This is why shipbuilding is presented via ship models and, as true vintage vessels are almost non-existent these days, sailboats and traditional ships that were so characteristic of all three coastal towns: Izola, Koper and Piran. Ship models were made by different modellers. One of them was Marcel Blažina, who created a series of top masterpieces.

The museum collection, where the wish to present the town's past and linking of this past with the local and actual space and events is expressed, was prepared by TIC Izola in cooperation with the Maritime Museum »Sergej Mašera« Piran. With it we, the exhibition creators, wish to preserve and consolidate the identity of the people of Izola and the people of Isola, two communities and two utterly different ways of remembering. With texts and forms we interwove two languages, two cultures and two ethnicities co-habitate in this place: Slovenian and Italian. Bilingualism is also expressed in the town's name IZ-SOLANA; graphically, the Slovenian Z is interwoven with the Italian S, although this S is also a sea wave at the same time. Both speak of strong symbolism in the interlacing of people in the past in this area

The main emphasis of the entire museum collection is on the past of Izola, its marine and littoral character, fisheries and fish-processing industry, after which the town is still best known, in spite of some other exceptionally significant features from the past. The basis of this museum set-up were the Collection of ship modelling on the ground floor, which was originally part of the Ulični muzej (Street Museum) from 2004, and eventually the component part of the »Museum Parenzana« and part of the contents of the former Parenzana on the first floor.

As we wished the visitors would pedagogically and andragogically upgrade the just seen exhibition and stay in Izola for a little longer, a special pedagocgical-andragogical room has been ben set up for them. In Izolana, a few pedagogical programmes are already under way.

Museum detective in Izolana – House of the Sea (click here) 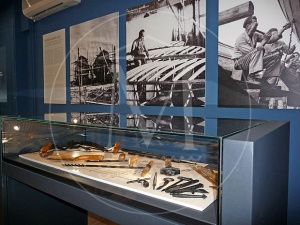 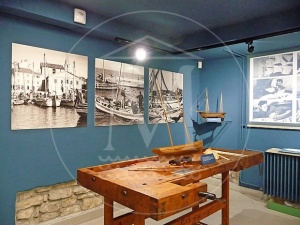 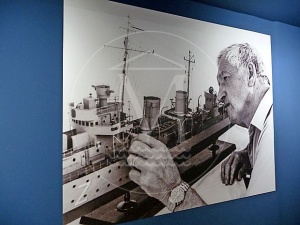 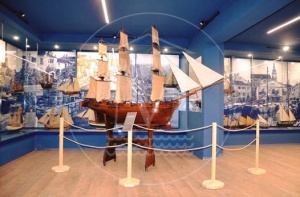 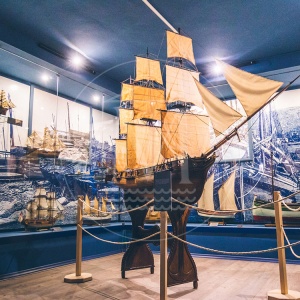