The Maritime Museum »Sergej Mašera« of Piran holds very precious objects in its collections. These include a book, a code, by the geographer and cartographer Pietro Coppo.

The code is part of the book collection of the old Civic Library (Biblioteca civica) of Piran which was accepted by the museum in 1954, in the year of its foundation. The preciousness and uniqueness of the Coppo Code were known long before 1954 and reaffirmed in 1986 with the publication of a scientific study and the reprinting of geographical maps. In 2001, within the framework of the international project CULTUCADSES, the code was re-examined. In this occasion an exhibition and a publication were prepared for a wider audience. The publication describes in detail the life and works of Pietro Coppo and the main characteristics of the code and the period in which Pietro Coppo was creating. 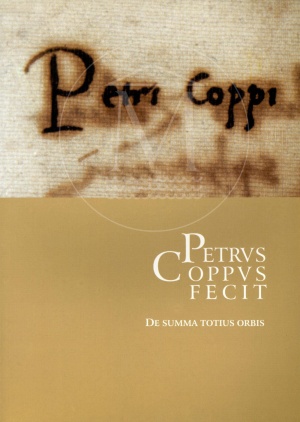