30 years of the salt making Museum

The idea of ​​creating a museum dedicated to salt making was born in the 60's when it became clear that the abandonment of the last medieval salt pans in the Upper Adriatic became inevitable.

Already in the 1950s, Dr. Miroslav Pahor, first director of the Piran Museum of the Sea, had started, together with his collaborators, a solicitation and timely documentation campaign of the threatened cultural landscape of the Sečovlje salt pans.
In 1972 he elaborated a project entitled "Solinarski skansen" in which he presented his first ideas on setting up an outdoor salt making museum. His project was the fundation for all future activities.

In the 1980's it was decided to arrange the collection of the Salt making Museum in Fontanigge, the southern part of the Sečovlje salt pans. The reconstruction of the first salt workers house, the salt pans and the renewal of the salt shafts began in 1989. 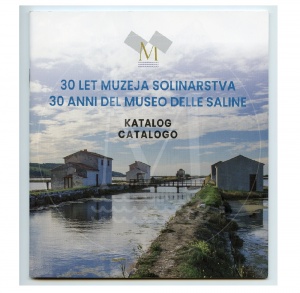