Roman architecture in our country

The permanent archaeological collection in the Maritime Museum Piran speaks of the oldest maritime routes and connections between the inhabitants of the Slovenian littoral and the neighbouring coasts of the Adriatic from prehistory onwards. Here one can see, among other things, numerous amphorae, the vessels so characteristic of the Roman Period, once used for transport of wine, olive oil, fish sauces, etc. 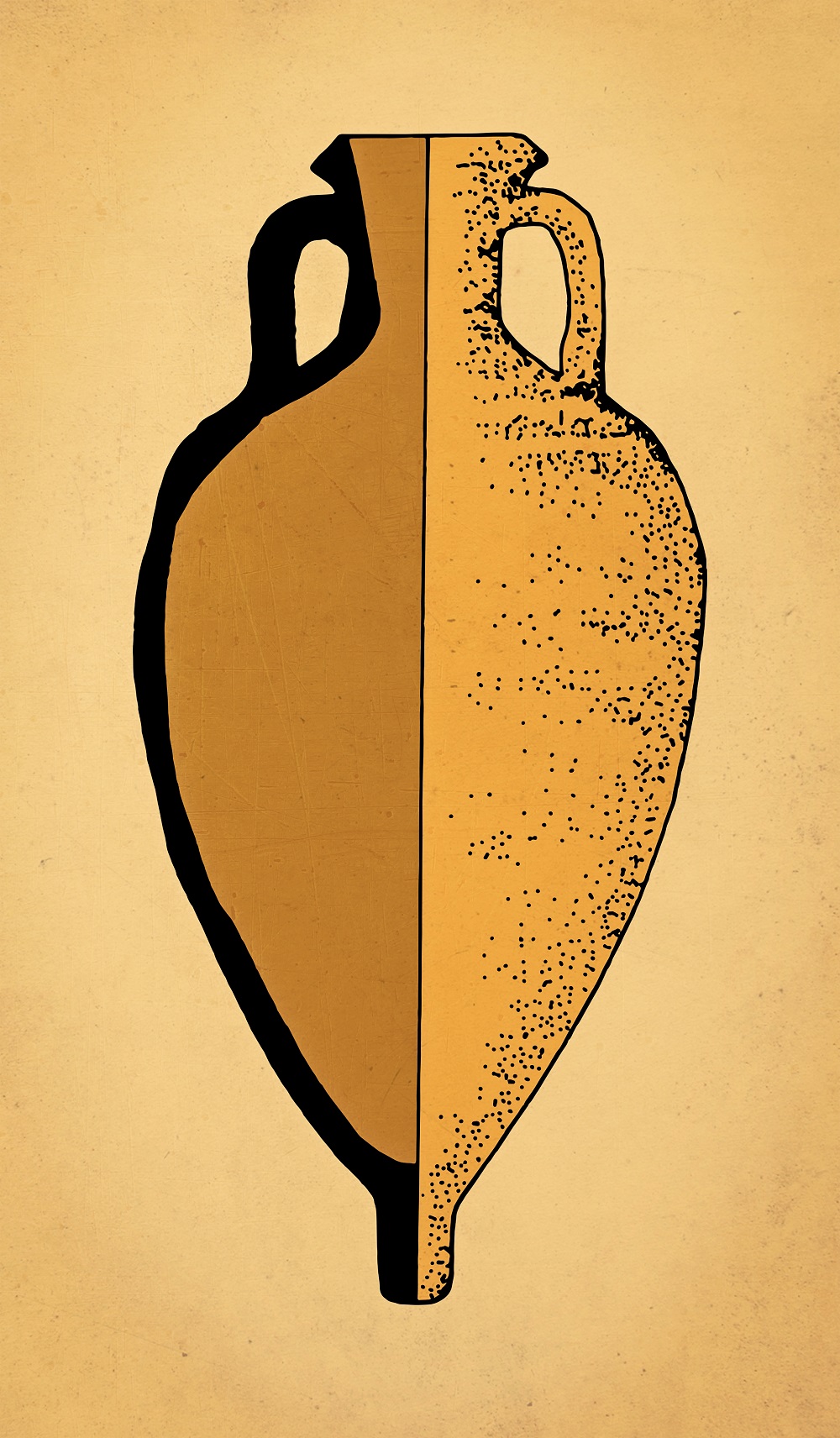 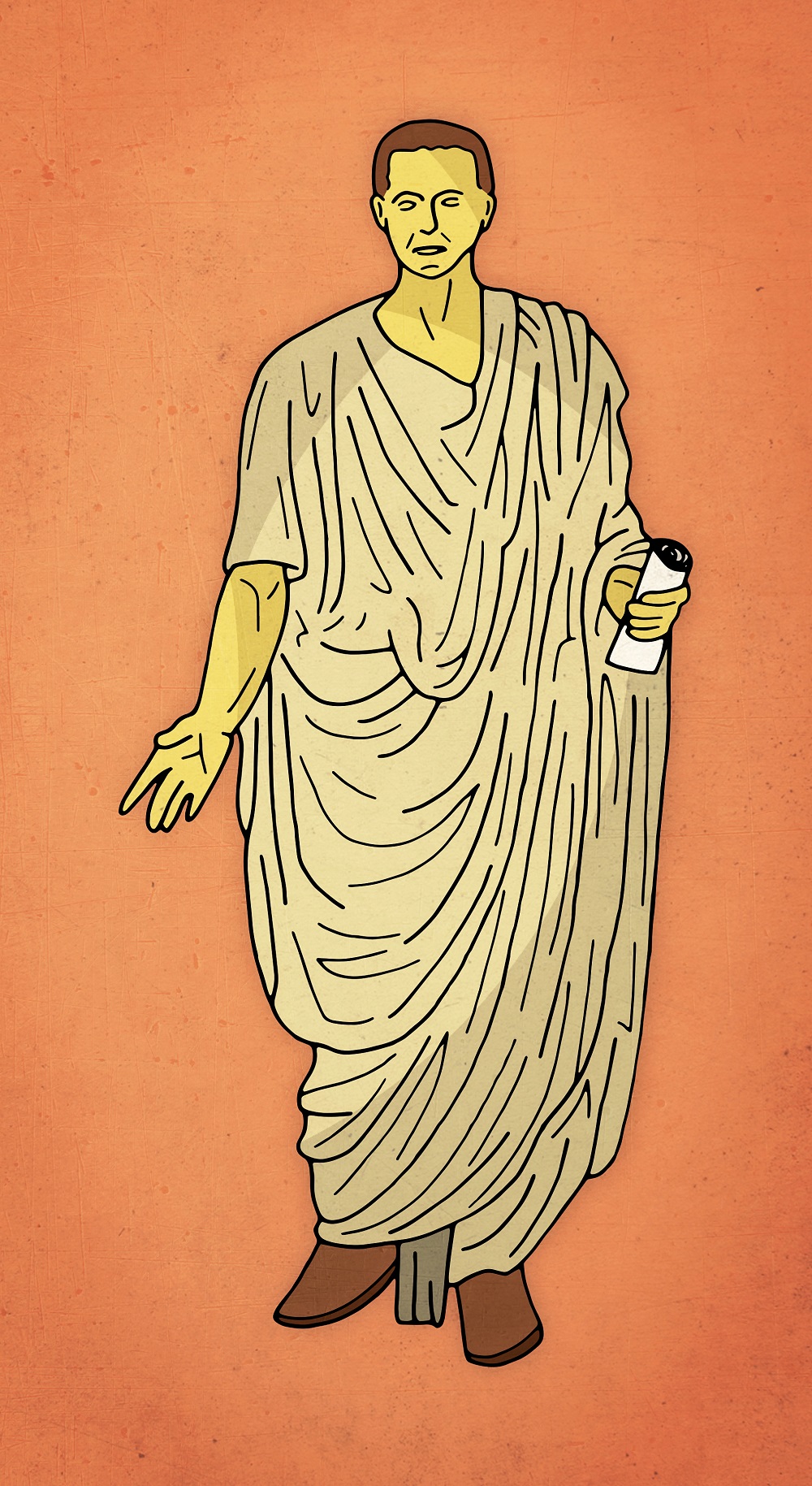 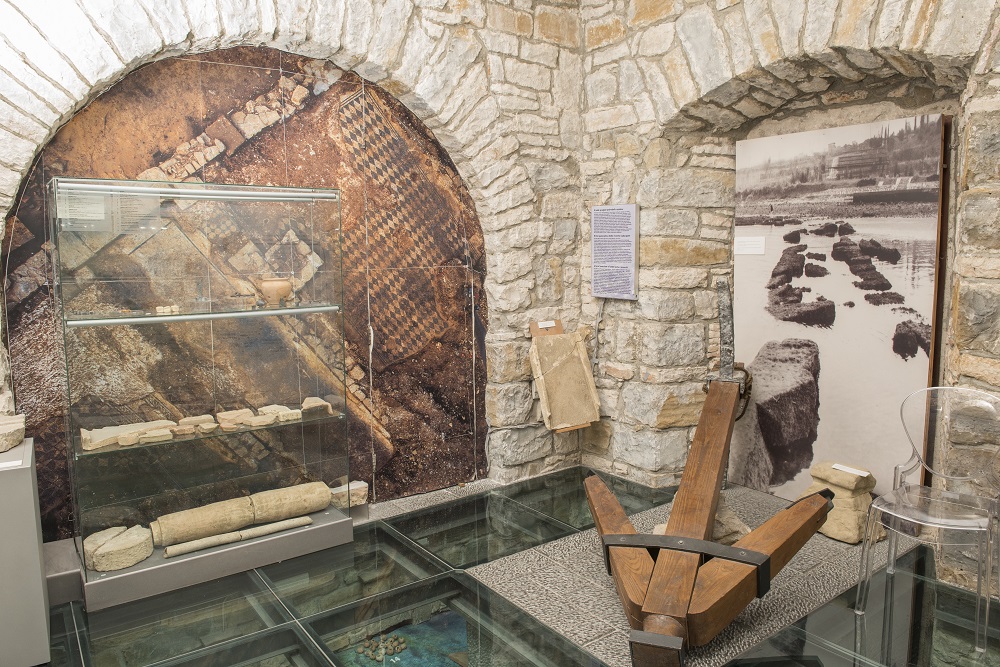 Snježana Karinja, archaeological curator at the Maritime Museum Piran,  prepared a temporary exhibition with the aid of her colleagues, entitled »Stone by Stone – Roman Architecture in North-western Istria«, which was on display initially in the Maritime Museum Piran and eventually at the City Museum Umag. At the exhibition, various archaeological coastal sites with architectural remains from Anakaran in Slovenia to Novigrad in Croatia were presented, showing the manner of building technique in the Roman Period. 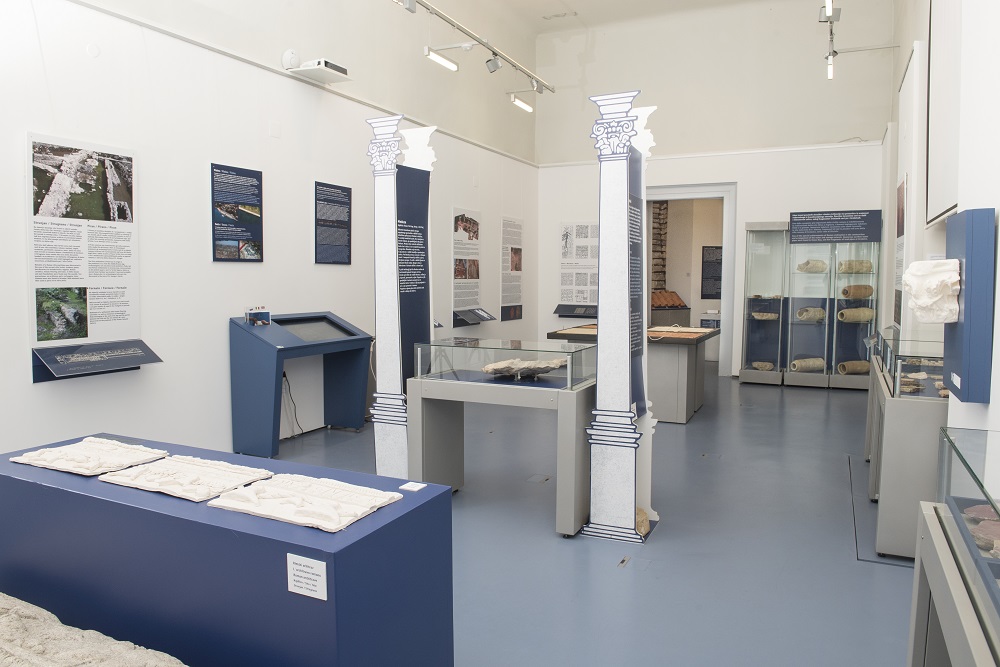 Rooms of the Roman villas were often decorated with rich black and white or coloured mosaics with geometric motifs or various depictions. The mosaics, which were composed of small stone cubes, were used to embellish pavings, at times also walls, when builders used, as indicated by the finds  from Lovrečica in Croatia, even small cubes made of mountain crystal, which were even gilded, although the walls were mostly plastered and painted.

Colour layer was occasionally applied indirectly on to the fresh and still wet plaster, where it dried up and became, owing to the chemical reaction, part of the plaster. This painting technique is called fresco. Apart from numerous painted plasters, parts of frescos have also survived at Simonov zaliv (Simon Bay) at Izola. 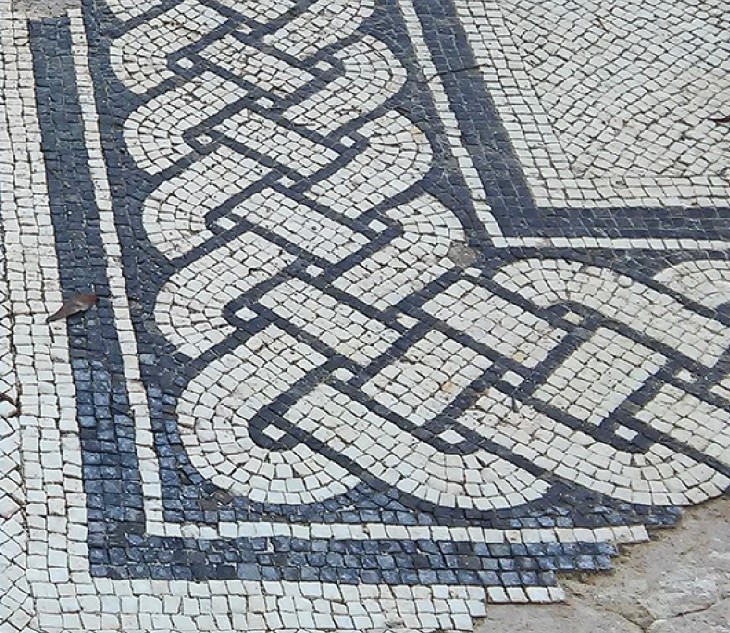 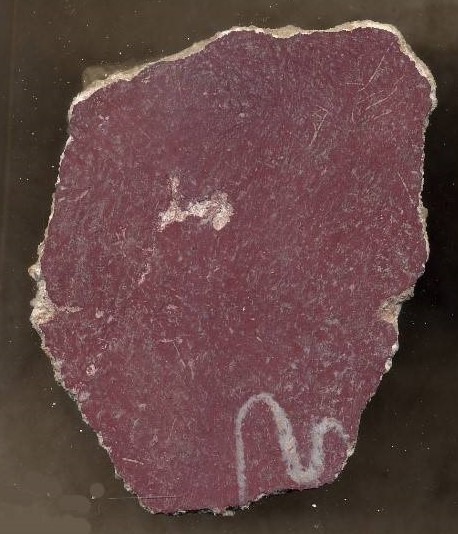 Important parts of the architecture were also columns supporting the building or playing a decorative role. The topmost concluding part of the column is called capital, into which various floral or other motifs were cut. 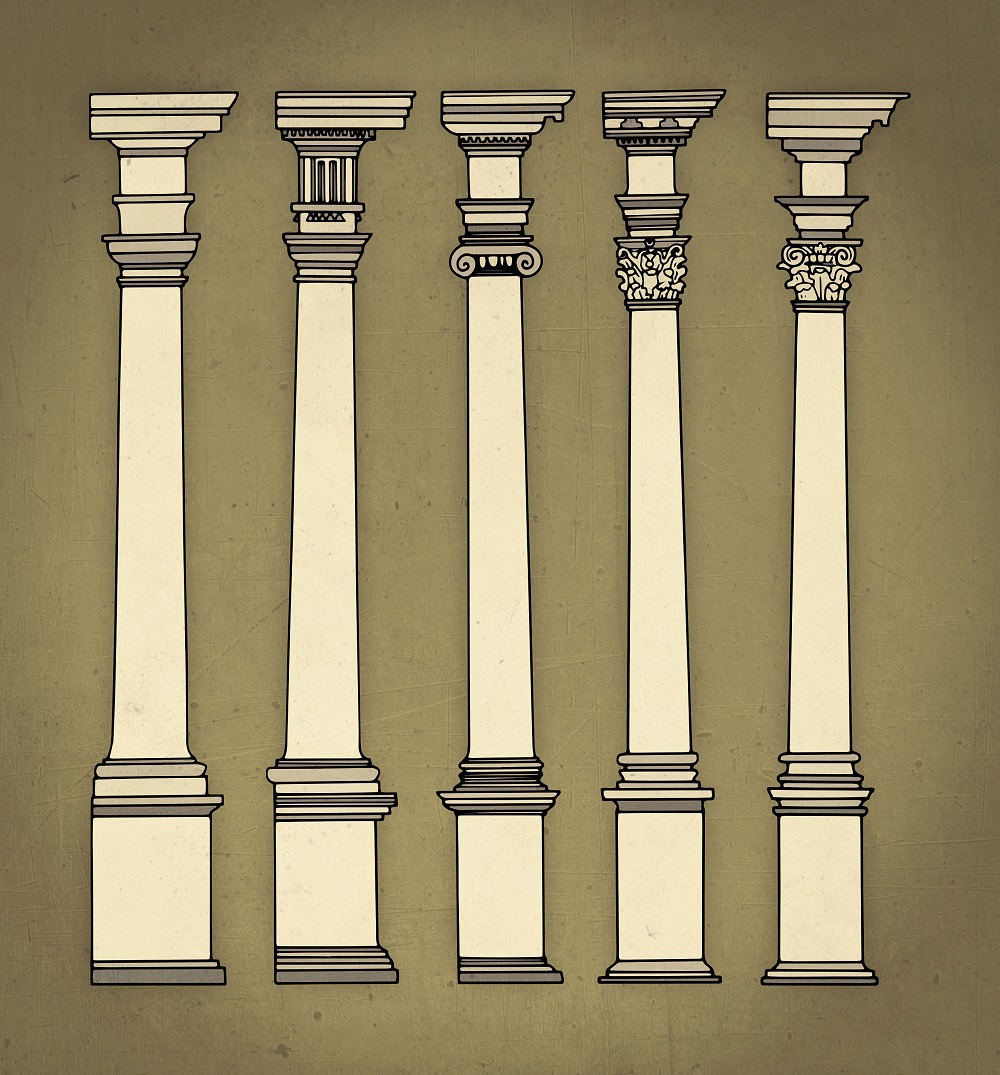 Beams or architraves, which lay on the columns' capitals, were also decorated. In Strunjan, part of a Roman architrave, dated to the 1st half of the 1st century AD, was found. Its front side is richly ornamented with a curved garland; the adornment is composed of different fruits and field products and hanging on the horns of ox skull. In the middle of the garland, birds and bird motifs are depicted alternately, while at its bottom the name of the owner of this architectural structure or the name of the person in honour of which it was made. 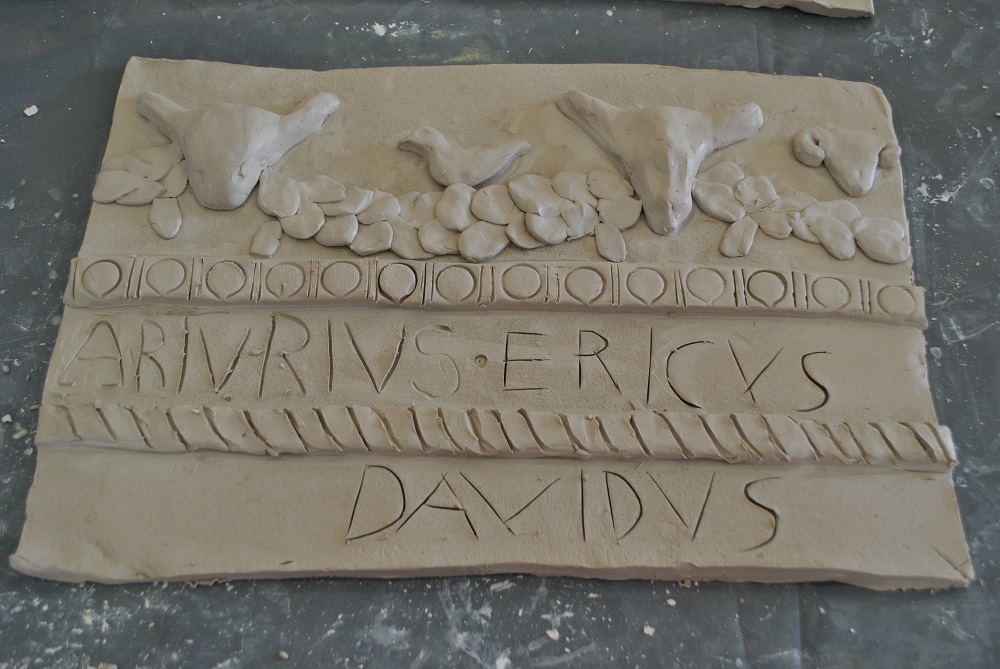 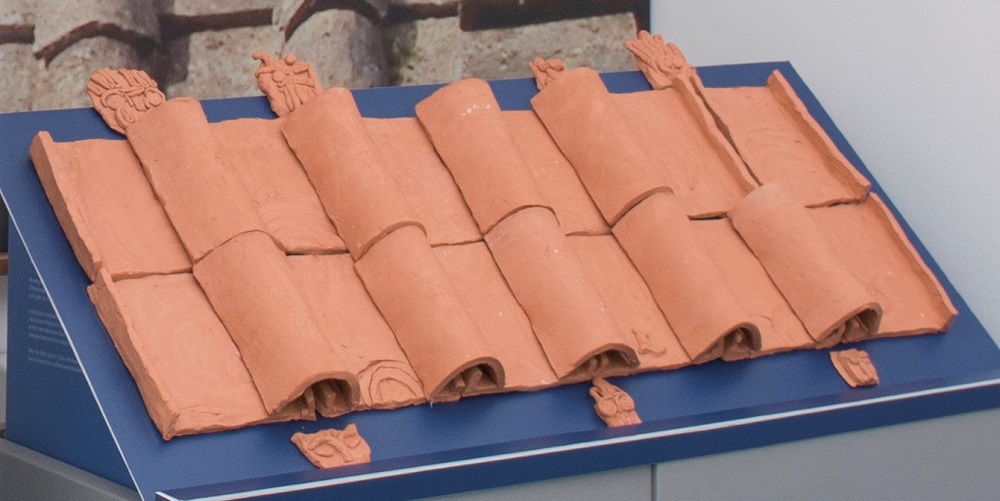 In the Roman Period, roofs were covered with the characteristic rectangular tiles called tegulas. The one found in Izola is decorated with the print of dog paws and is of special interest due to the fact that tegulas were air dried and that the Romans kept dogs as pets as early as in those times. 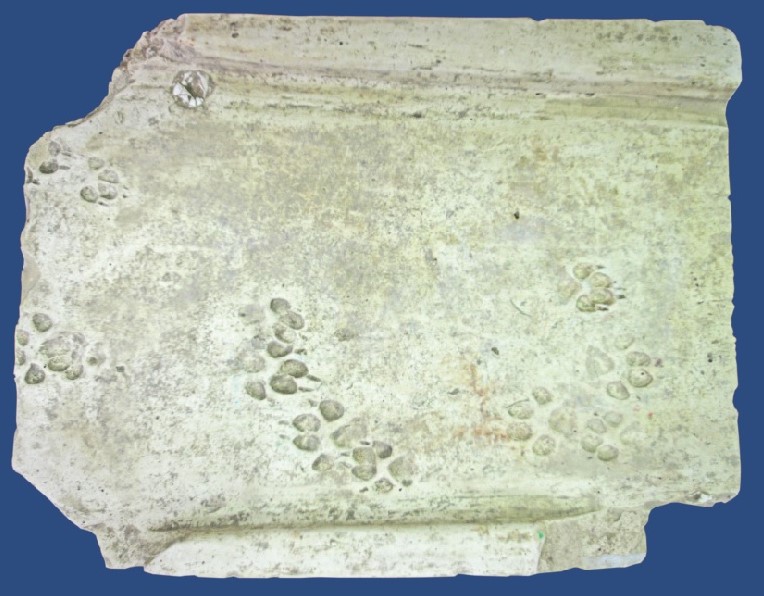 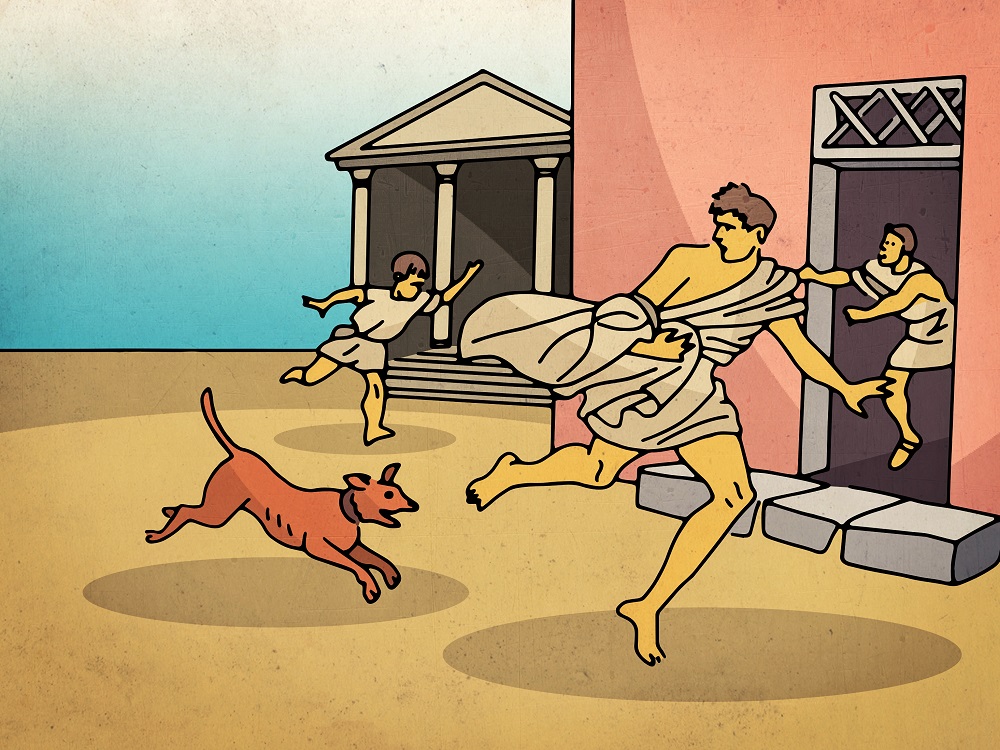 The Romans were very advanced construction workers, as their buildings and settlements were already equipped with the sewage system and water supply.

Play the memory game and get to know the elements used by the Romans during construction, for house equipment or decoration of their residences!