Almost 500 years have passed since Pietro Coppo wrote, in Izola, the works that brought him world fame.

Pietro Coppo was born at the end of 1469 or in the first half of 1470 in Venice. Here he studied under distinguished Professor Marcantonio Sabellico, who taught geography and other sciences. After his studies, Coppo began to travel. He visited different parts of Italy, sailed across the Mediterranean Sea to the Greek island of Crete, where he visited his uncle and then spent with him the next six years.

After returning to Venice, he worked as a scribe for the town's podesta (mayor). This work brought him also to Izola, the town which he eventually chose as his new permanent home. Here he met Collotta di Ugo, who came from the town's wealthy and noteworthy family. In 1499 they married and set up a family.

In Izola, Coppo worked in different fields; apart from being employed as a scribe, he worked as a judge and participated in the overseeing of the works carried out in the deepening of the Port of Izola and building a pier.

He made his name particularly with his works from the field of cartography. He wrote four extensive and for those times very advanced works:

The Maritime Museum »Sergej Mašera« Piran holds extremely precious manuscripts of two of his works: De summa totius orbis and Portolano. Both are bound in one book block, with 15 colour maps attached. This work is called the Piran Code. 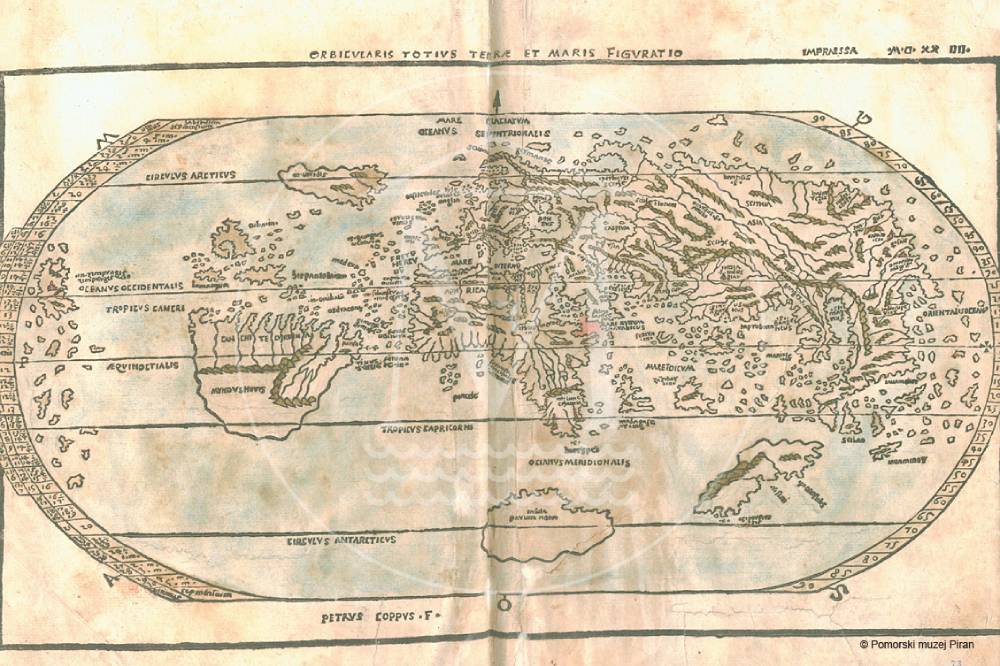 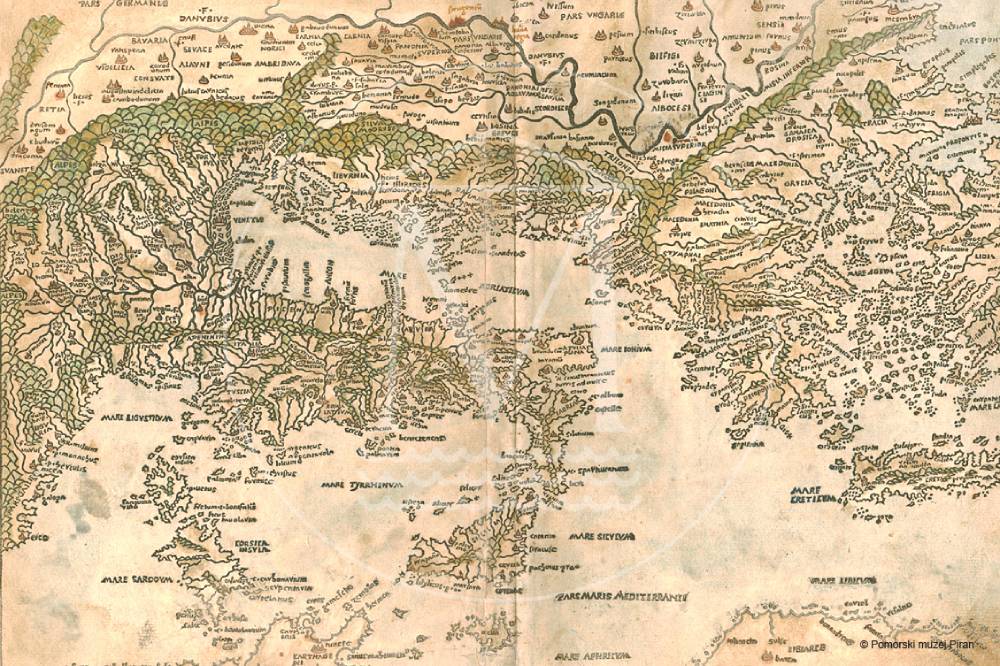 De summa totius orbis is written in Latin and comprises a review of the entire world known to him at that time. Portolano, on the other hand, is written in Italian; it comprises a description of littoral places and islands of the Mediterranean Sea and those outside the Strait of Gibraltar, together with distances between the places, local winds and other details. This work was intended largely to aid seafarers during their voyages.

Of special significance among his maps is the Map of Istria, as it happens to be the oldest surviving provincial map of this peninsula and the oldest detailed display of any part of the Slovenian territory. It was made in 1525. 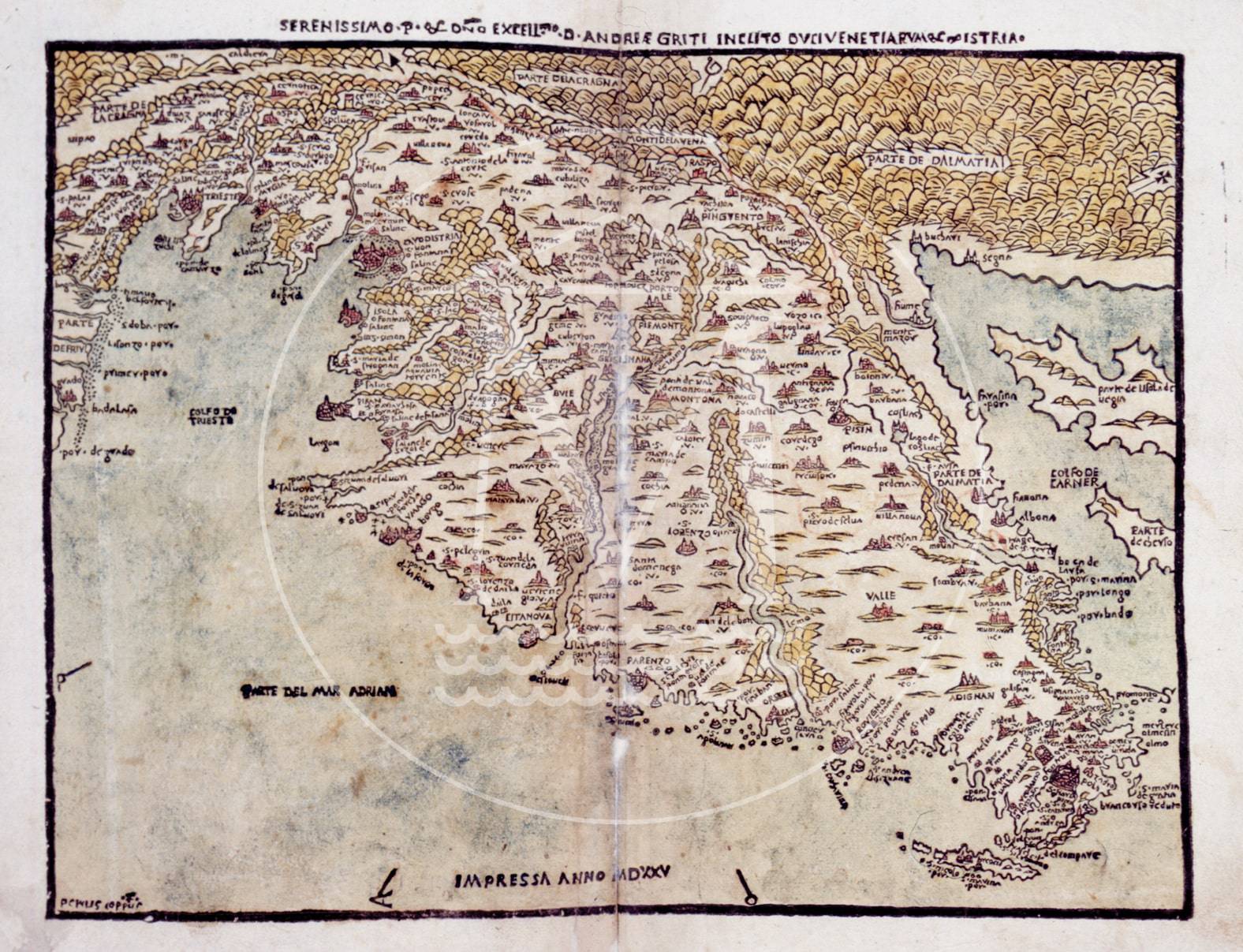 Coppo's 15 colour woodcut maps, gathered in the Piran Code, represent the entire world known to him at that time and is one of the first attempts to publish a printed atlas. The originals of Coppo's works, held in the Maritime Museum Piran, are kept under special conditions owing to their extreme value and age and can be seen only on exceptional occasions.

Have a good look at the map of Istria. You will notice that it somewhat differs from modern maps. Try to find and mark on it the towns of Piran, Izola, Koper, Trieste, Poreč (Parenzo), Vodnjan (Dignano) and Pula (Pola).

With a click to the link, you can test yourself in composing a map. 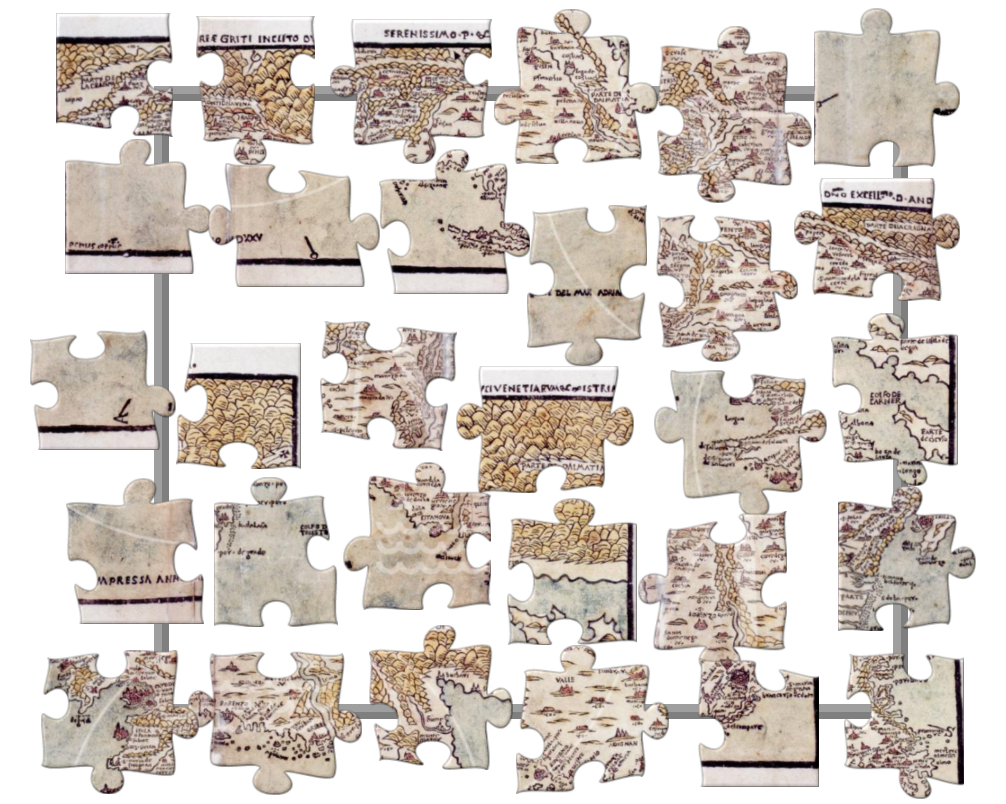