The Piran Code De summa totius Orbis (1524-1526) by Pietro Coppo, which is held by the Maritime Museum Piran, was entered in 2022 on the National List of Monuments of the World as part of the UNESCO program carrying the same name. The list includes the first ten nationally significant items housed by Slovenian institutions.

The UNESCO Memory of the World is first and foremost aimed at popularizing, reflecting knowledge, protecting and safeguarding the cultural heritage made in writing and held in archives, libraries and museums.

The Code De summa totius Orbis was conceived between 1524 and 1526 and is no doubt the most valuable cartographic document from the territory of modern-day Republic of Slovenia. Its author is the Venetian cartographer Pietro Coppo, who is regarded one of the most eminent cartographers and chorographers of his time. The Code consists of two manuscripts, De summa totius Orbis and Portolano, and 15 attached maps, which are of the greatest value in his entire work. The maps include the oldest regional map of the Istrian Peninsula, which is of utmost importance for the history of Slovenian coastal towns. 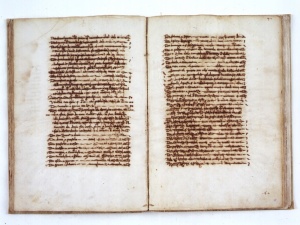 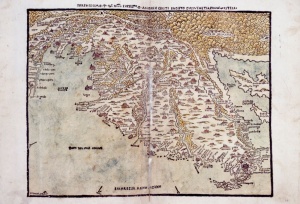