Opening of the exhibition "Anton Perko. The Slovene Painter in the Services of the Imperial Court ”

Anton Perko was born on September 5th, 1833 in Podgrad Castle (Ger.Purgstall). As a naval officer in the service of the Imperial-Royal Navy, Perko traveled most of the European Mediterranean between 1853 and 1862.

In 1875 he accompanied Emperor Franz Joseph to Dalmatia and was awarded the title of "chamber naval painter". Later he was the administrator of the Hradčany in Prague and the secretary of the former heiress to the throne, Stefanija.

He became famous after the publication of the Lissa-Album in 1866, in which his depictions of the Battle of Vis in 1866 were published.
His work led him to the immediate vicinity of some of the turning points of the 19th century. His paintings and drawings of sailboats from various coastal landscapes and cities, which are in perfect harmony with the sea and nature, remind us of his delicate nature and talent, which shaped him into one of the few marinist painters of Slovenian origin in the 19th century. 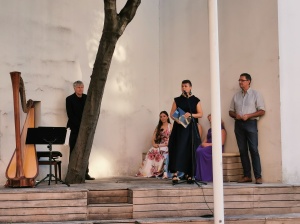