Anton Dolenc is probably best known for his travelogues from his journeys around the world on board the Austro-Hungarian corvette Said in 1890-1892, as published in in 1892 in a number of sequels in the literary monthly magazine Ljubljanski zvon. Owing to his great interest in non-European places and cultures, however, this was not his only trip to non-European lands.

He was born in a fairly wealthy family of court secretary and writer Hinko Dolenc. At the age of fifteen, he joined the Naval Academy "Marine Kolegium" in Rijeka. In the years 1890-1892 he sailed, as a cadet, around the world on board a school sailboat, the Saida corvette, visiting Africa, America, Australia, New Zealand, Tasmania and other countries. On his return home, he began to perform his duties on various warships operating in the Adriatic Sea, and gradually progressed. As Lieutenant Commander, he sailed to America in 1900 on board a wooden 2-masted Taormina with a crew of 12 men. Her owner was Lieutenant Commander 1st class Hieronymus Count Colloredo Mansfeld. During the following few years, Dolenc  served on ships operating in territorial waters, while in 1909 and 1910 he was sent on a voyage to East Asia with the Panther torpedo boat. In order to see also some places in the interior of China, he disembarked in Qingdao, boarded a train and travelled by land all the way to his homeland.

After returning home, he served on Navy ships operating in the Adriatic Sea and was promoted to the rank of Captain just before the outbreak of World War I. In August 1914 he boarded the Habsburg cruiser, while in March 1917 he was entrusted the command of the Sankt Georg cruiser at Đenovići in the Bay of Kotor, aboard which he remained until 3 January 1918. At that time he began to call attention at some highly contestable conducts by the officers, particularly spending money on entertainment, which in the end contributed to the outbreak of sailors' rebellion in the Bay of Kotor in February 1918. Anton was no doubt popular among sailors, known as a strict but fair officer who often sided with the lower ranked crew members. This is also the reason why he fell out with his superior, Rear Admiral Alexander Hansa.

After the collapse of the Monarchy, Dolenc joined the Navy of the Kingdom of SHS and continued his military career as Second Class Commodore. 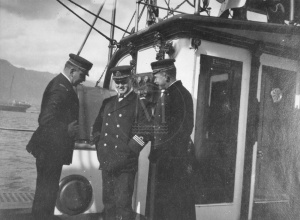 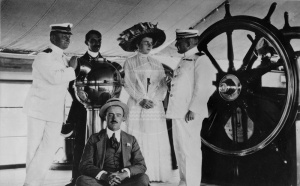 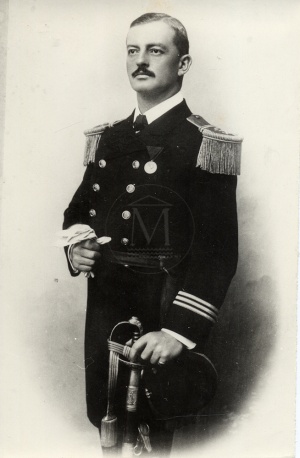