Elica Boltin-Tome, Slovenian archaeologist, museum professional, pioneer of post-war archaeological topography in the area covering the Municipalities of Koper, Izola and Piran, one of the founders of Slovenian underwater archaeology (born 11 March 1931 at Dolenji Logatec; resides in Piran)

She was born as Gabriela Boltin into a merchant family. She completed five grades of primary schooling in Logatec. Due to World War II, she passed the exams for the first and third grades of the lower secondary school at the First State Women's Grammar School in Ljubljana. After the war, she continued her schooling in Ljubljana at the Third State Grammar School and successfully completed it in 1950. In February 1956, she graduated from the Department of Archaeology at the Faculty of Arts in Ljubljana.

Immediately upon graduation, she gained employment as a curator of archaeology at the Maritime Museum in Piran (the former Piran City Museum), where she was initially the only curator besides the Museum’s Director and historian Miroslav Pahor. She played an important part in the creation and development of the Museum. After the death of Dr Miroslav Pahor in 1981, she headed the Maritime Museum for a year as Acting Director, and as Director in 1984-1991. Under her management, the Museum of Salt-making in Sečovlje Saltpans Nature Park was set up. She retired in 1991.

As a museum professional and Head of the Museum, she aspired to retain the Piran Maritime Museum on the outlined path of its maritime vocation, existence and functioning. She was well aware that the greater part of the documentary, historical, archaeological, ethnological and art-historical maritime material, which had been collected in more than thirty years of the Museum's functioning, needed to be professionally processed, protected and suitably presented. Consequently, she paid much attention to the creation of new jobs by employing the insufficient professional personnel, as well as to the restoration of the fairly dilapidated museum building. ¸

In the sphere of archaeology, she notably contributed to the recognition of the archaeology in the Southern Primorska Region with her field research and professional literature by writing for various publication and journals such as Varstvo spomenikov, Arheološki vestnik, Annales, Kronika and Arheološka najdišča Slovenije. She was the instigator of the post-war archaeological topography in the area covering the Municipalities of Koper, Izola and Piran. Her contribution to the affirmation of Slovenian underwater archaeology is significant, indeed. She associated with several domestic and foreign archaeologists and divers, participated at international scientific symposia and presented her findings at permanent and periodical museum exhibitions. Today, her work is regarded as an important professional basis for the modern archaeological profession in the field of underwater archaeology and archaeology of Slovenian Istria. For her contributions to the field of culture, she received a special award from the Municipality of Piran and, in 1971, the award presented by the Association for the Study and Progress of Maritime Enterprise of Yugoslavia.

Elica Boltin-Tome conducted numerous archaeological field surveys and excavations. Among the most important are archaeological excavations carried out between 1956 and 1962 at Kaštelir above Korte near Izola, the discovery of the remains of a Roman rustic villa at Grubelce on the fringe of the Sečovlje Valley in 1961, systematic excavations implemented there prior to 1971, rescue research work under the sea level in the bay between the salt warehouse at Fizine and the Bernardin Shipyard in 1963 and 1964, rescue excavations of the old road at the Ankaran crossroads in 1975, rescue excavations prior to the construction of the Bernardin Hotel complex in 1975, and systematic underwater research of the Roman port at Viližan in 1975. In the years 1968-70, 1982, 1988 and 1989 she was in charge of rescue excavations on land and led the research on the seabed and the Roman port in Simon Bay in Izola. One of the most important achievements of Elica Boltin-Tome is her archaeological research carried out at Predloka in 1972-1983, which proved settling of the northern Istrian coast by the Slavs in the Early Middle Ages. 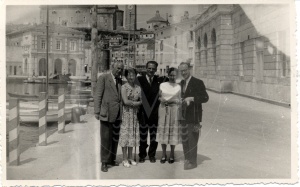 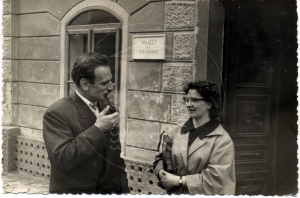