The Museum of Salt-making is situated in the Fontanigge basin of the Sečovlje pans, spreading south of the former Dragonja riverbed. Before the museum began to be set up, the buildings were in ruins, while the enclosing surfaces were neglected and overgrown. The first phase of the conservation work lasted from 1989 to 1994, with the participation of the former Regional Institute for the Conservation of Natural and Cultural Heritage, the Maritime museum "Sergej Mašera" Piran and the company Droga Portorož, Soline Branch.

Although salt was harvested in the pans of Istra presumably as early as in the Roman period, the first written sources on their functioning date to the 6th century, when Euphrasius, the Bishop of Poreč, donated part of the Brioni salt-pans to his priests.

During the Middle Ages, salt-pans were cultivated in Trieste, Muggia, Koper, Izola, Piran and Vrsar.

The most important among them were the Piran salt-pans, which are referred to the first statute of the town of Piran from 1274, when the town's territory enclosed the Strunjan salt-pans, the Fazan pans at Lucija, and the Sečovlje pans along the estuary of the Dragonja river. Due to the river's alluvial deposits, the terrain along it rose through centuries and the pans gradually shifted towards the sea, while the abandoned salt-fields in the immediate hinterland were converted into fertile land by the pans'workers.

When the Piran commune accepted the Venetian supremacy in 1283, salt was harvested in 1200 crystallisation basins of the Piran pans.

During the entire period of its supremacy, the Venetian Republic had a monopoly on the production of salt.

In the early 14th century 3200 modis of salt was allowed to be harvested in the Piran salt-pans per year. As a result of the Venetians' rigorous monopoly on salt and with associated taxes, salt was smuggled to Friuli and to the Slovene hinterland: Carniola, Styria and Carinthia.

After the fall of the Venetian Republic (1797) and with the arrival of the Austrian rule, the conditions in the Piran salt-pans improved. The number of crystallisation basins was doubled and the quota of salt simply abolished.

Until the 1960s, salt making was a very important enterprise of the Piran Council; after this period, more and more areas of the Piran salt-pans began to be abandoned. 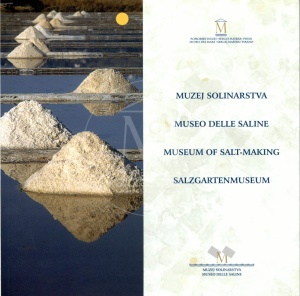