On the 120th anniversary of the unveiling of Tartini’s statue, made by Antonio Dal Zotto, in the central Piran square has been published a publication by the author Duška Žitko. A supplemented and for the widest circle of readers intended book about the only globally known and truly most reputed citizen of Piran, Giuseppe Tartini.

The carefully selected phrases of the violinist David Oistrakh and Črtomir Šiškovič express the opinion and admiration for their idol, the famous virtuoso, whereas the susceptible words of the Slovene poet Ciril Zlobec, uttered in 1992 in Piran, when we paid our respects to Tartini on the 300th anniversary of his birth, poetically round up the gist of Tartini’s mission, address us and obligate the entire civilised society.

The initially stated professional research into Tartini’s life and work has been taking place continually for centuries, although with particularly great impetus and motivation in the last few decades. Even the tangible Tartini’s heritage, kept by professional institutions all over the world, is becoming increasingly regulated, catalogued, processed and accessible in digital media as well.

You are kindly invited to a “walk” along Tartini’s diverse and interesting life path through rich historical places of his musical activities, amongst some of his important associates, friends, rivals and disciples.

Edited by: Maritime museum "Sergej Mašera" Piran, 2017. The texts are in 3 languages in three separate editions (Slovenian, Italian and English). 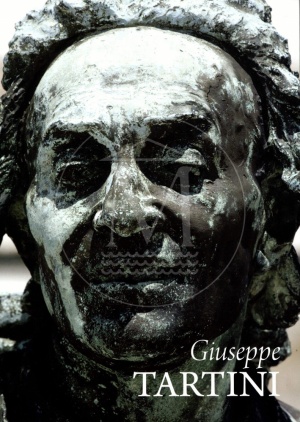