The purpose of the book Across the seas to the unknown Far East, Travels by mariners of the Austrian and Austro-Hungarian Navies to East Asia by Bogdana Marinac, which was published at the exhibition carrying the same name, is to present the voyages of seafarers from the Slovene ethnic space to East Asia during the Habsburg Monarchy and the attitude of seafarers to other cultures, which was related to the then socio-political situation, especially capitalism and imperialism. The book, on the one hand, describes the occurrences experienced by seafarers during their voyages and their contacts with China, Japan and Korea. On the other hand it reveals, through extracts from their diaries, letters and memoirs, postcards, photographs and objects brought from their voyages, the image of China , Japan and Korea at that time through their perspective, that is, a picture of countries as spread by them among domestic public. During the period under review, seafarers were one of the few professional groups able to travel and learn about non-European places, so their stories about these places, often published in the periodicals of that time, were important for shaping and changing the image of foreign lands in their domestic environment.

The book presents over 30 seafarers from the Slovene ethnic territory and 19 voyages of warships from the second half of the 19th century to the end of World War I. The trips were mostly educational, scientific, diplomatic and economic. Several expeditions sought suitable areas for mining the minerals and coal mining. The crews of some ships also cooperated with the imperialist forces in military conflicts, especially in the suppression of the Boxer Rebellion and in the German-Japanese War in China, which affected seafarers' views on foreign lands and their inhabitants.

Edited by: Maritime museum "Sergej Mašera"Piran, 2017 (The book is written in slovenian language. Summary are in italian and english and croatian language) 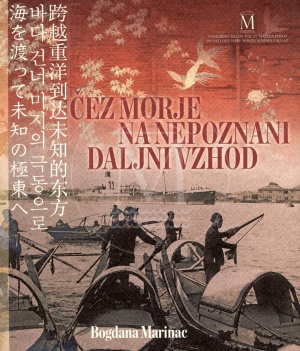