Preservation of maritime heritage of the Northern Adriatic

The principle objective of the project is preservation, protection, promotion and development of maritime heritage of the border area through valorization on the principles of sustainable tourism. In the entire coastal part of the border area, the project protected, in full, material and maritime heritage and systematically exploited it, through a set of activities, for the development and creation of a joint tourist product. The integrated cross-border cultural-tourist product links the topics and increases the economic, social and cross-border exchange. Tourist subjects promote two cross-border regions as a single cross-border destination through promotion of the regions' similarities and complementarity of the common cultural capacities.  The desired results of the project were largely an increase of the number of visitors in the cross-border area, increase of the number of permanently protected objects of maritime material and intangible heritage, increase of tourist infrastructure based on maritime heritage, restoration of barges that will be »living« and exhibitional examples in small ports and at regattas, increase of the number of educated children and visitors in the sphere of maritime crafts and skills (Academy of Maritime Crafts and Skills), and recognition of the entire coastal cross-border area as a single tourist destination.

What has been done?

The most talked about result of the project was the making of a replica of the traditional Istrian boat known as the topo. The boat was built in eight months by shipbuilding masters, who then made its replica that is now used by the Faculty of Maritime Studies and Transport. Furthermore, much work was invested in the structure of the base of maritime heritage, which serves as a basis for the newly founded Virtualni muzej Mala Barka (Virtual Museum of Little Boat), which can be accessed on the link Little boat 2. An important step for the heritage was also made by giving initiative to enter Traditional Shipbuilding into the Register of Intangible Heritage. During the project we organized, within the framework of the Academy of Maritime Crafts and Skills, several workshops, lectures and vocational trainings. 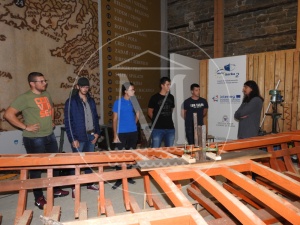 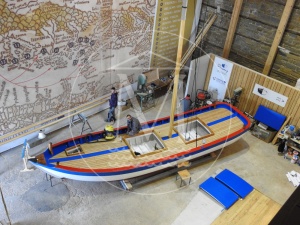 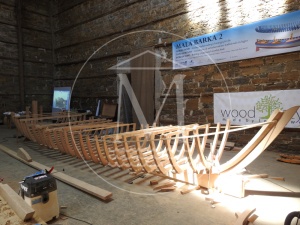 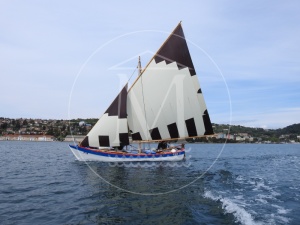