The sugar bowl originates from the officers' dining room in the Austro-Hungarian torpedo ship Leopard.

The article, which is part of the set used in the officers' dining room, comes from the legacy of Viktor Kristan, Quartermaster in the Austro-Hungarian Navy.

Viktor Kristan was born in 1876 at Šentvid near Stična. He graduated from the Military Academy in Vienna and in 1896 joined the Austro-Hungarian Navy. After the collapse of the Austro-Hungarian Empire, he served in the Navy of the Kingdom of SHS. During 1907 and 1909, he worked as Quartermaster on board the torpedo ship Leopard, when sailing to East Asia. After his death in 1947, his legacy was kept by his heirs, while in 2013 the article was purchased from them by the Maritime Museum “Sergej Mašera” Piran. 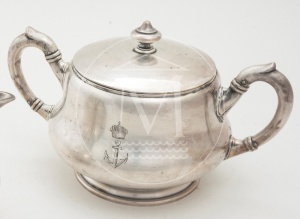 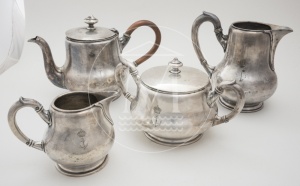