Anton Dolenc (1871–1924) was born at Lož in the Notranjska region. In 1886 he enrolled at the Austro-Hungarian Naval Academy in Rijeka. After completing his studies, he served as Nautical Officer on board various Austro-Hungarian Navy ships. Just before the outbreak of World War I, he was promoted to the rank of Captain. After World War I, he served in the Navy of the Kingdom of Serbs, Croats and Slovenes as Second Class Commodore.

Used in the Austro-Hungarian Navy, Navy of the Kingdom of Serbs, Croats and Slovenes 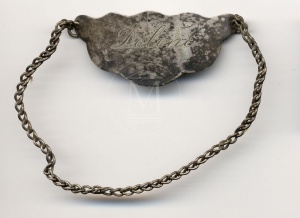