The whistle was used by Ludvik Erjavec, Junior Non-commissioned Torpedo Officer, born in1893 at Šentvid near Ljubljana. He joined the Navy in 1911, where he attended torpedo school. In 1914 he was promoted to Boatswain's Mate (Bootsmanns-Maat) torpedo branch. He remained in the Navy till the end of World War I.

Used in the Austro-Hungarian Navy, Navy of the Kingdom of Serbs, Croats and Slovenes 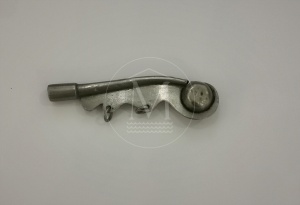