He studied at the Naval Academy in Dubrovnik.  In 1937 he gained the rank of Sub Lieutenant, and in 1940 the rank of Lieutenant. After the breakup of the Yugoslav Royal Navy he returned to Ljubljana, but was like the majority of Slovenian mariners arrested and sent to the Gonars concentration camp. After the capitulation of Italy, he was transported to Germany. He managed to escape and joined the partisan units, in which he carried out various combat duties. Till 9 September 1944, he held the position of an engineering technical officer in the XXXI Division Headquarters. On 12 September he was deployed to the Headquarters and subsequently sent to the Navy. He became Information Officer for the Primorje coastal region and, after the establishment of the Navy Detachment Koper, its Commander. After the liberation on 29 May 1945, he was appointed  Adjutant of the Northern Adriatic Navy Command and then the Commander of the Maritime Station Lošinj. 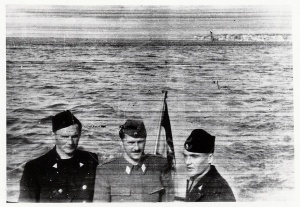 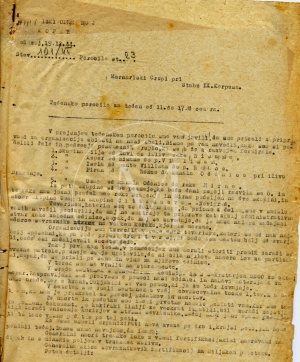