This artefact was brought from Japan by seafarer Jožef Spetič (Spetich). During the Austro-Hungarian period he sailed as engineer on ships of the Austrian Lloyd and, after World War I, on board the ships owned by the Italian shipping company Lloyd Triestino. Ships of both companies also sailed to East Asia, from where Jožef Spetič brought the tea set. In 1927, he gave it as a wedding gift to his niece, who donated it in 2015 to the Maritime Museum “Sergej Mašera” Piran.

The teacup is part of the painted porcelain tea set of satsuma type, wedding style. The set was made in Japan, specially adapted for foreigners. 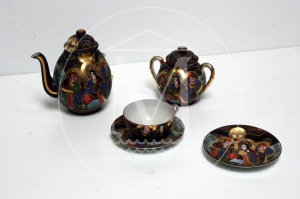 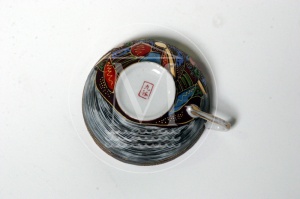 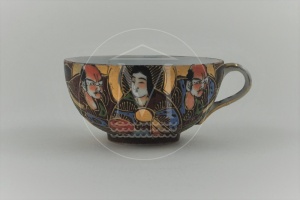