Album of postcards from travels to Eastern Asia

The album boasts an black lacquered wooden binding with the application of mother of pearl. The wooden pages inside are dressed in hand-painted fabric with Asian motifs. The album was made in Japan for foreigners. On 24 pages of the album one can admire 96 postcards from the places visited by ships on their voyages from the Adriatic Sea to Eastern Asia. The majority of postcards are from China and Japan. The postcards are equipped with postmarks, while some of them include the sender's text as well. 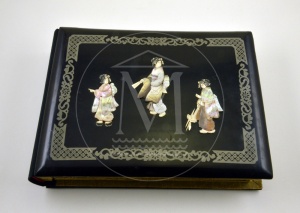 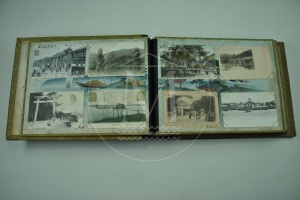 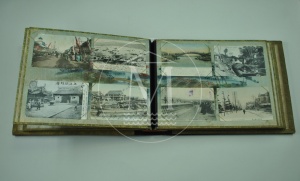