The book, which was created as part of the publishing program of the Maritime Museum "Sergej Mašera" Piran and in collaboration with dr. prof. Danijel Rebolj from the University of Maribor and dr. Nadja Terčon from the Maritime Museum, tells the documented story of the former picturesque and unique drawbridge in Piran. The story, which begins in the 16th century, during the Venetian rule and ends at the end of the 19th century under Austrian rule, is also the story of the city of Piran and its urban, social and cultural development.

The presentation of the book will take place on Tuesday, September 28th at 5 pm in the Pastoral-Cultural Center "Georgios" in Piran. Piran musicians Miriam Monica and Marsell Marinšek will perform on this occasion. 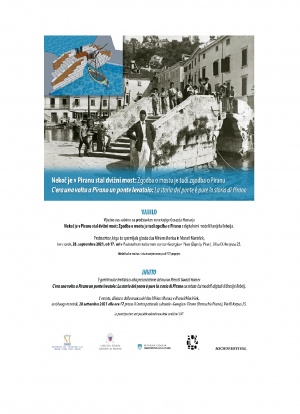