Figureheads and votive images of sailors

In addition to the precious antiques found at the Maritime Museum, such as pieces of art, instruments and other ship items, figureheads are important part of the collection. Figureheads are wooden sculptures which once served as prow ornaments on wooden vessels from simple fishermen's boats to cargo ships, warships and pirate ships. They have been used on vessels for thousands of years. Their role, once mystic, religious or superstitious, became increasingly aesthetic. As such, figureheads have been preserved to the present day, especially in northern Europe, France and England.

Prior to leaving for the sea, sailors and fishermen who were inured to superhuman efforts and daring sea travels took vows in the churches, praised their protectors there, particularly St. Mary, St. Nicholas and St. Blasius, and upon their happy return to their home town or village bestowed in their gratitude an offering to them.

The largest collection of the seafarers' offerings has been preserved in the vestry of the parish and pilgrimage church of Our Lady of the Epiphany at Strunjan, while some originals from this church are held by the Maritime Museum »Sergej Mašera« Piran, where copies of Strunjan maritime votive offerings are exhibited as well. 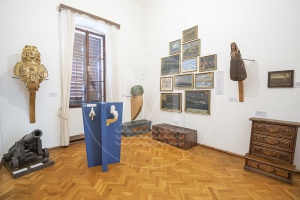 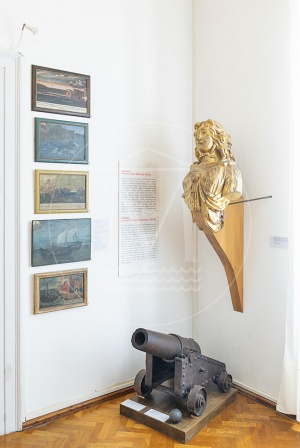 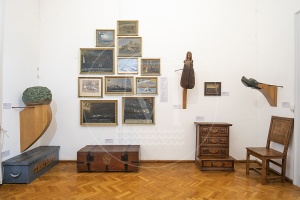