The memories of the journey of the His Majesty Ship Saida

At the nautical Internautica Fair held in May 2005 in Portorož, the Maritime Museum Piran presented itself with the exhibition "The memories of the journey of the His Majesty Ship Saida". The exhibition, which included brochures in Slovene and English, also made a guest appearance at the Apollonio Palace in Piran in the same year. The purpose of the exhibition was to visualize the travelogue by NCO Ivan Rupnik from the voyage to East Africa, Australia and East Asia on board the Austro-Hungarian corvette Said in 1898–1899 and to present his view on the voyage. Furthermore, the exhibition aims to draw attention to the voyages by other sailors of the Austro-Hungarian Navy. In the foreground were the items, photographs and excerpts from Ivan Rupnik's travelogue, which spoke about the way of lives of sailors serving on these ships. In display cases and on the screens, visitors were also able to have a good look at the artefacts, postcards and photographs brought by sailors from their voyages to non-European countries. 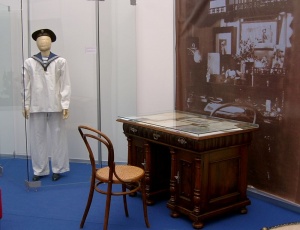 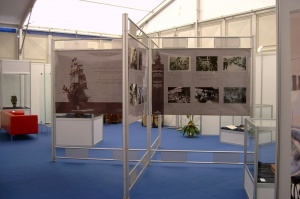