The Venetian Republic (Serenissima Republica Veneta - Venetiarum Respublica) was the first city-state, established in the 9th century as a principality (Ducato di Venezia) under the shadow of the powerful Byzantine Empire. Following the Empire’s collapse, it became the leading commercial and maritime force. It encompassed the entire Veneto and Friuli, as well as part of Lombardy, and spread to Istria, Dalmatia, Kotor, the Ionian Islands, the Peloponnese, Cyprus, the Greek islands and many cities and ports throughout the Eastern Mediterranean.

Piran enjoyed the 500-year long Venetian protection, which contributed to the town’s overall growth and wealth. The turning point in favour of the Venetian dominion was the legendary most significant maritime victory (Bataglia di Salvore - the Battle of Savudrija), which took place in Piran Bay in 1177. The Venetian fleet of Doge Sebastian Ziani defeated the German Imperial fleet led by Friderico Barbarossa. From then on, the Serenissima solidified its dominion of the main maritime route to the Orient and managed to suppress their eternal competitor, the Republic of Genoa. 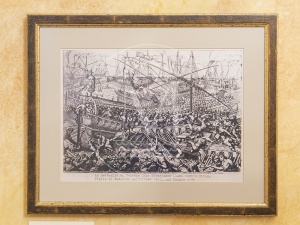 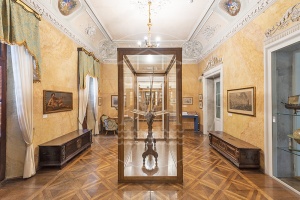