Along the museum staircase, a fishing collection has been set up, which with some small exhibits and ship models presents fishing and fish processing industry on the northwestern Istrian coast.

Sea fishing, which includes fishing and fish processing industry, boasts a long tradition on the Slovenian Istrian coast. Since the 10th century, fishing rights were shared by communes and land dominions. The Piran commune owned four fish reserves, which were leased each year to the Piran private individuals. The latter then leased them out to fishermen, from which payment for a proportion of the catch was eventually received.

In the Middle Ages, fishing vessels were represented mainly by rowing boats. They were open and driven by three of four oars, occasionally also by small sails, which were later joined by the rudder. The boats' gear included anchor with the rope, cover made of linen, etc. The boats were called bragozzi, batelli, topos, baltelini and sanduli. 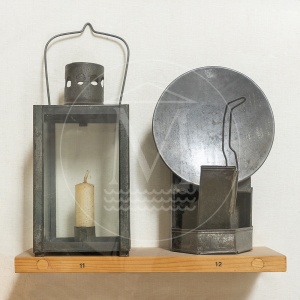 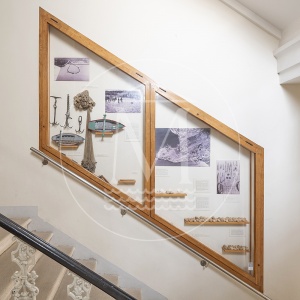